‹‹ Back to The State Of The Art
La force de I’Esprit
Drouot Montaigne, Paris, September 2002. 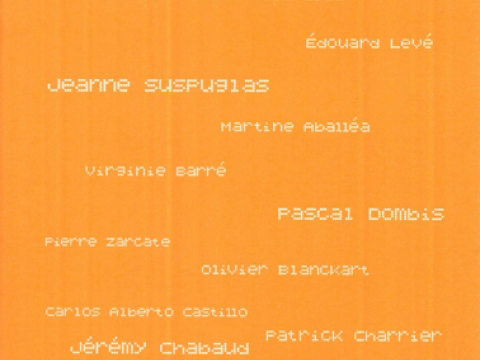 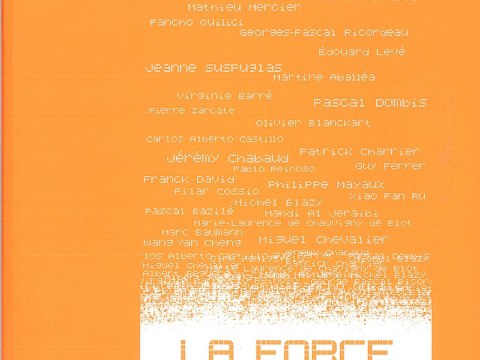 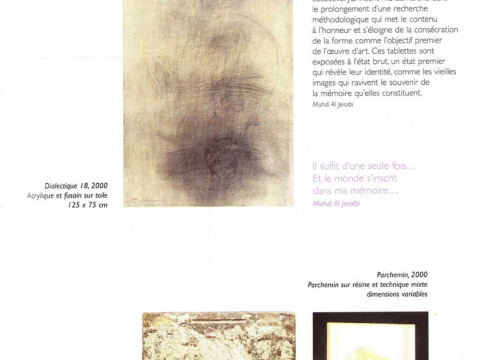 UNESCO includes Al-Jeraibi among ’30 Artists against Alzheimer’s’
Leading Saudi artist Mahdi Al-Jeraibi was selected by the UNESCO to participate in the project “30 Artists against Alzheimer’s,’ a unique venture of UNESCO and “Drouot” Foundation for international auctions. The French equivalent of Christie’s and Sotheby’s and the French ministries of health and culture teamed up to organize this project which was launched on Sept.
5 in Paris for a period of two weeks. Leading international artists participating in the movement presented their works which culminated with an auction on Sept. 21. Proceeds of the auction were used to fund research aimed at finding a cure for Alzheimer’s disease. Al-Jeraibi’s work in “Dialectiques”, adapted and presented by The Al-Mansouria Foundation for Culture and Creativity, caught the attention of specialists and was commended by critics. Princess Jawaher bint Majed, president of Al-Mansouria Foundation, stressed the importance of supporting creative excellence by maintaining the highest standards of presentation in order to intensity the impact of Saudi artists on the international scene.
Read MoreRead Less